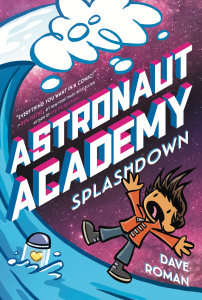 It’s summer vacation for the students of Astronaut Academy, and Maribelle Mellonbelly is throwing the best party ever on Beach Planet? Yes! But tensions heat up fast when Hakata Soy’s arch-rival, Rick Raven, arrives. And soon the whole planet is heating up―with a giant volcano threatening to blow its top!

Unless they can work together save the planet, the students of Astronaut Academy will be toast. But can they put aside their differences in time to turn the tides? 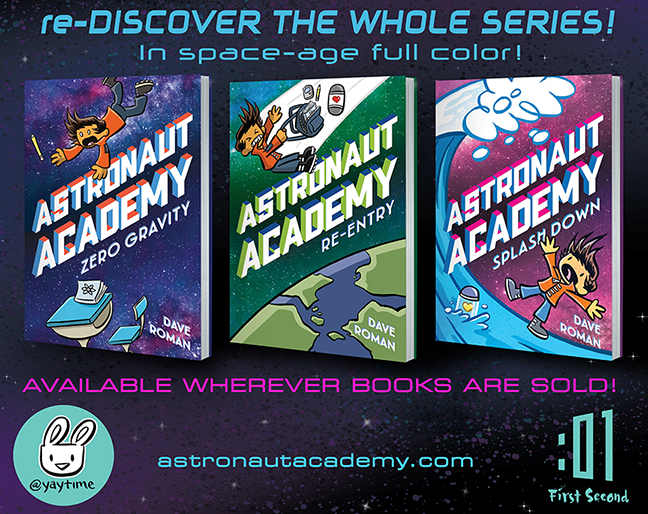 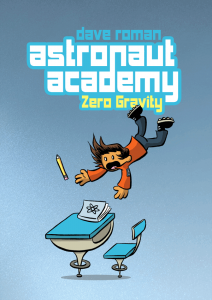 Hakata Soy’s past as the leader of a futuristic superhero team is catching up with him, just as he’s making a fresh start at a new school. How can Hakata study for his classes in anti-gravity gymnastics, fireball throwing, and wearing cute hats when he’s got a robot doppelganger on its way to kill him? 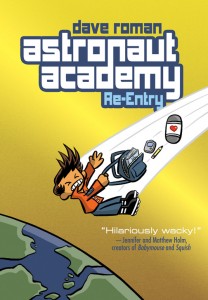 The wild and wacky world of Astronaut Academy is back! It’s spring semester at this futuristic institution of learning, and Hakata Soy has lost his heart. Literally. And he’s not the only one . . . something is stalking the halls of Astronaut Academy, impersonating the crush-objects of students and making off with their extra hearts!

Will there be a fourth Astronaut Academy book? The future is still unwritten. But I certainly hope so!

In the meantime, let the world know you are fan by posting reviews on websites like Amazon and Goodreads.

And check out my latest comic, Starbunny, Inc.