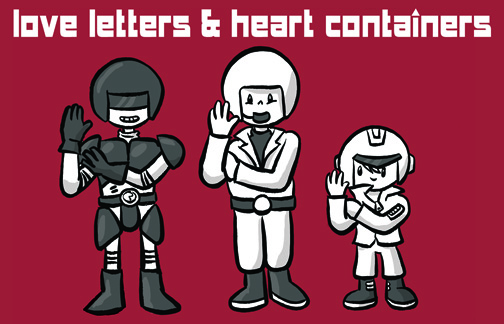 “Muppet Babies, Spaceballs, and Parody Films” by Dave Roman
Astronaut Academy is partially the outgrowth of a lifelong love affair with parody and satire. It probably started with the sketches on Sesame Street, which lead me to the Muppet Show and then Muppet Babies. All of these shows constantly did their takes on classic fairytales, TV shows and movies in ways that made my sister and I crack up. I’ll never forget the day in 1984 when Muppet Babies premiered. There was a scene where Baby Gonzo tries to hide in the nursery closet, only to find the Star Destroyer from Star Wars—not just a drawing in the style of the cartoon show, but an actual film clip from the movie! I ran around my house in giddy disbelief at what I had just witnessed (luckily I taped it on VCR so I could watch it again and again).

It was one thing to see puppets or cartoons making fun of an old movie like the Wizard Oz…but Star Wars? Ghostbusters? Back to the Future?! Those were not only current, they were MY movies! The ones that spoke to me and defined my whole geeky generation. I was beyond impressed and could not wait to see what the Muppet Babies might reference next. The biggest squees always came from nods to science fiction movies. 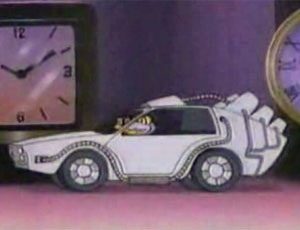 My love affair with parody kicked into high gear in 1987, after going to see Spaceballs in the movie theater. I was only 10 years old and a lot of the jokes flew over my head, but I was convinced it was the funniest thing I had ever seen. As established, I was born and raised on the Star Wars, so a movie almost entirely dedicated to spoofing my favorite trilogy was comedy heaven. And it also got huge laughs for scenes that featured the Planet of the Apes and the Alien films, which were beloved family favorites.

But I also distinctly remember laughing at things I knew nothing about. Like when John Candy comments on the Princess and says, “Funny, she doesn’t look Druish,” I had no awareness of “Jewish Princesses,” or any of the other cultural stereotypes lampooned in Mel Brooks’s movie. And yet something about the delivery told me it was funny. There’s a scene where Jawa-esque character are marching across the desert humming “dink-dink…dink dink dink dink dink dink…” that just works on an instinctual level. Every kid I watched Spaceballs with would sing along, knowingly. But honestly, I only recently learned that the song was originally from the movie Bridge on the River Kwai—which starred Alec Guinness, the same actor who played Obi Wan Kenobi. Now I get it! But we didn’t have to get it to love it.

A few months into my obsession with Spaceballs, my friend Kevin Bulla (who also introduced me to Saturday Night Live) enlightened me about other films by the same guy! I think his parents had most of the Mel Brooks movies on VHS, but Blazing Saddles was the one that cracked us up the most. Talk about an inappropriate movie for two 10-year-olds to watch on constant repeat (with the occasional break to watch the first half of History of the World)! We were still too young to appreciate the social commentary, but we knew it was hilarious and saying something important in the process. I didn’t need to experience racism firsthand to know that a black sheriff saving a town full of naïve white people was extremely satisfying. And for two-preteen boys, any movie with that much cursing is going to go over like gangbusters. 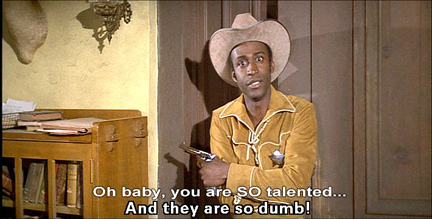 I couldn’t wait to show Blazing Saddles to my 7-year-old sister! At the time we were thick as thieves and watched pretty much everything together. Looking back, our parents must have been pretty liberal, because R-rated movies were okay as long as they were comedies. Our favorite movies tended to be the really broad comedies where the jokes were fast and furious. Most were parody films like Airplane, Monty Python and the Holy Grail, Back to the Beach, Top Secret, I’m Gonna Git You Sucka, and a little-known gem called When Nature Calls. And more and more—it never mattered if we weren’t familiar with the genres or tropes that inspired the satire. I think my sister’s favorite movie for a while was Johnny Dangerously, a send up of 1930s gangster flicks starring a young Michael Keaton. We had never seen a single gangster film before, but she’d rent Johnny Dangerously from our local video store any chance she got. There’s a moment where Keaton as the charismatic crime boss stops in the middle of the film, turns to the camera and encourages kids to chew gum instead of smoking cigarettes, that always had us in tears.

My personal favorite memory related to these types of movies was when my father took us to see Naked Gun: From the Files of Police Squad. The movie was so absurd and so over the top with its onslaught of gags that I barely had a change to breathe…especially during a particularly raunchy scene where Leslie Neilson’s character is hanging from a window. That was the one and only time where I literally laughed so hard I fell out of my seat into the aisle! No joke!

Aspiring writers are often told it’s all about “story,” but there is something so pure about the way these movies’ only goal is to make you laugh. It’s pure entertainment, like an amusement park attraction. If you don’t like or get every bit of a joke, it doesn’t matter because plenty more are always on the way. Which I think takes a distinct type of craft and commitment to pull off successfully. A willingness to name characters Clarence, Roger, and Victor just so you can have a single line exchange like “We have clearance, Clarence,” and “Roger, Roger. What’s our vector, Victor?” A movie like Airplane (possibly one the greatest of this genre) is relentless with its wordplay, but also has great visual gags (most of which are too racy to describe here). 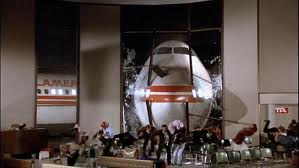 Filmmakers like Mel Brooks, Jim Abrahams and David Zucker showed that it’s okay to throw logic and reason out the window if there’s a really great payoff. If a movie like Monty Python and the Holy Grail or Blazing Saddles started taking their plots too seriously, they’d break the fourth wall, going off on a surreal twist like having the knights of Camelot get arrested by modern police officers or the cowboys breaking through into a neighboring set for a musical…reminding us it’s all just a movie. And a very silly one at that!

I never consciously thought to produce a full-on parody when I started writing Astronaut Academy. But now whenever I revisit these films, it’s hard to deny the effect they had on my work. I can only hope that my comics have some of the same sense of anything-goes fun that lends itself to repeated viewings and readings. 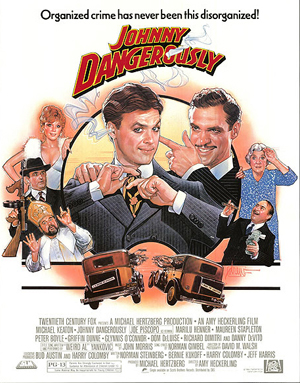 What are your favorite parody films? Any great ones I missed?

*BTW: Many of the films mentioned are PG-13 or R, so viewer discretion is advised!