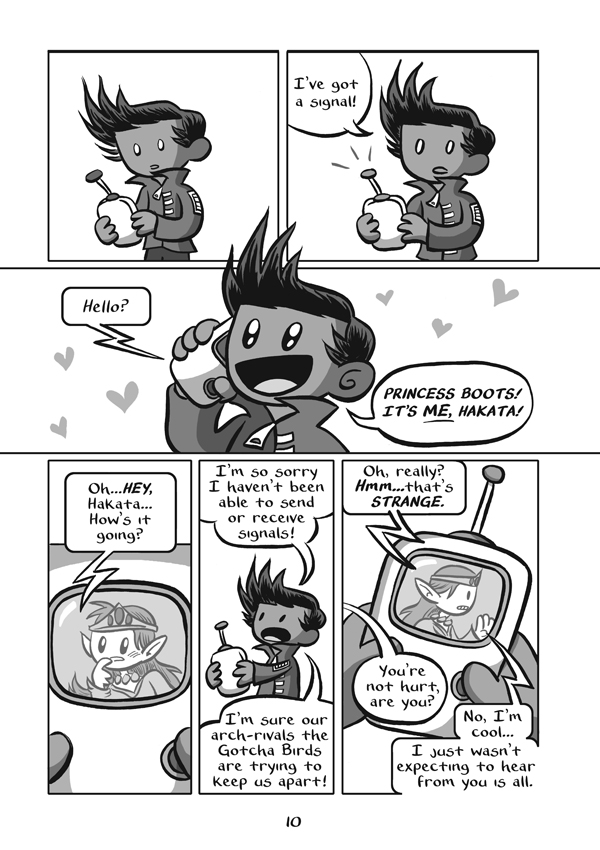 Through most of the first book, Hakata is hoping or waiting to make contact with his friends on the Meta-Team. His heroic friends mean the world to him, but he began to fear that while he was at school, they had moved on without him.

The Communicom devices are a nod to the Digivices the characters use in Digimon, but sometimes I think of them as hi-tech baby monitors. Since the signals have been blocked, Hakata hasn’t been able to use all the functions of the communicom device, like its ability to send out sonic wave blasts. Maybe we’ll get to see some of that later?