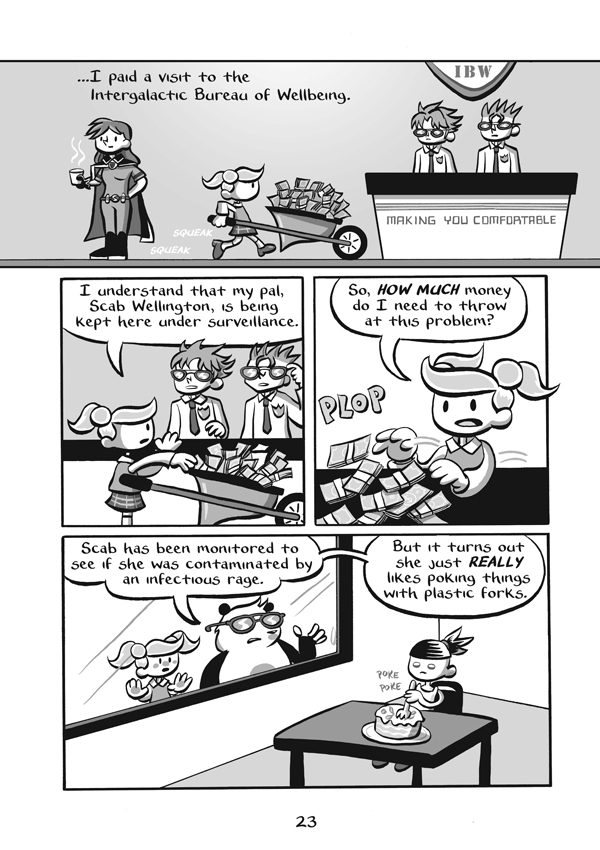 Maribelle wheeling a barrel of cash is one those images that just cracked me up from the moment it popped in my head. Even though she’s matured a lot since Book 1, she still thinks she can solve most of her problems with cash. Scab has been monitored ever since she attacked Miyumi San with a plastic fork in Spanish class. The “infectious rage” was originally intended as a (perhaps too-subtle) nod to the rage virus in the horror film 28 Days Later.

The Spanish teacher at Astronaut Academy, Senõr Panda, is actually a secret agent who works for the I.B.W., or Intergalactic Bureau of Wellbeing, which is sorta like the space F.B.I. The have a subdivision called the Science Guard, which enlists the best and brightest minds in the galaxy.